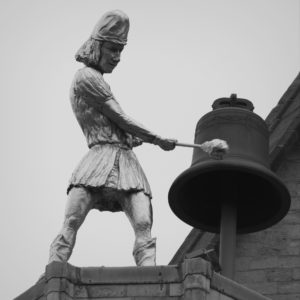 The French Sapin 2 law (the “Act”) makes it mandatory for most of the public sector and for many companies in the private sector to put in place an internal whistleblowing system to allow for the reporting of illegal acts (see below).

The historical reasons for the reluctance to whistleblowing in France

The concept of whistleblower is a controversial subject in France for cultural reasons. In collective memory, blowing the whistle refers to old practices of denunciation, often anonymous, during the occupation of France during the Second World War.

In addition, trade unions continue to be reluctant to accept whistle-blowing systems. Such systems are perceived as a challenge to some extent, if not a direct threat, to their historical – but significant – role as an intermediary channel between the management and the employees of the company. One may wonder whether their historical function as an advocate for the individual interests of employees and channel for employee grievances will be impacted by this reform.

We strongly recommend that the Compliance function work closely with their human resources business partner in France to consult the work councils or employees’ representatives on the whistleblowing mechanism that is established in the Code of Conduct and its mode of implementation.

The whistleblowing feature of the Act is likely to result in a long-term cultural revolution in organizations with the strengthening of the protection of whistleblowers.

However, notwithstanding the good intentions of the legislator, the real effectiveness of the protection of whistleblowers will need to be tested. It remains uncertain whether the penalties applicable to persons who prevent whistleblowers from raising their concerns or who take retaliatory measures against whistleblowers will be actually enforced and thus be an efficient deterrent to such actions.

Scope of mandatory set-up of the whistleblowing system

Under the Act the setting up of a whistleblowing system is mandatory for:

– any legal person (irrespective of state-owned or private sector) with a headcount of at least fifty employees,
– the State administrations,
– municipalities/cities with more than 10 000 inhabitants and public establishments of inter-municipal co-operation,
– departments and regions  (Art. 8 III of the Act).

Thus, in addition to the public sector, all medium-size and large companies but also many smaller companies (with at least fifty employees),associations, professional federations and foundations are concerned. This is a major difference with the requirement for a corruption prevention program applicable only to certain medium-size  and large companies (see my previous post on the blog).

The organizations concerned, whether they belong to the public or private sector, must deploy a system for handling reports guaranteeing the strict confidentiality about the whistleblowers (employee or interim contractor) and strict confidential treatment of the persons involved and  the disclosed information.

In 2008, the ICC issued guidelines  about whistleblowing in English and French on the importance of a mechanism to prevent and detect cases of fraud or corruption. These guidelines remain useful to any company or organisation that needs to implement a whistleblowing programme.

Protection, rights and duties of whistleblowers

The Act has adopted a broad definition of whistleblowers in order to enhance their protection : any “natural person who discloses or reports, in a selfless and bona fide manner, a crime or offense, a serious and clear violation of an international convention duly ratified or approved by France, of a unilateral decision of an international organization made on the basis of such a convention, of law or regulation, or a serious threat or harm to the public interest of which he has been personally aware. ” (Article 6 of the Act)

The Act covers all sectors of activity, in contrast to the six sector-specific laws on the right of whistleblowers that were enacted during the last ten years [1].
The Act defines a general protection status for whistleblowers under the aegis of the Defender of Rights [2]  as well as the conditions for the reporting and disclosure of whistleblowing alerts.

A general protection status for the whistleblower

The whistleblower enjoys certain rights, including:

– Confidentiality,
– Protection against retaliation,
–  A criminal immunity in the case of disclosure of a legally protected secret (subject to three exceptions[3]).

Thus, any disciplinary sanction, discrimination or unfavorable measure taken against a whistleblower is prohibited. If the whistleblower loses his job due to the disclosure of a violation of a law or regulation or the code of conduct of the organization, the labor court or the administrative judge, as the case may be, may issue an injunction to the employer to reinstate the whistleblower.

A recent judicial decision at the end of 2016 illustrates the right to reinstatement: an employee dismissed by NATIXIS in 2008 won before the Paris Court of Appeal on 16 December 2016 (8 years later …): the magistrates decided that his dismissal was deemed null and void, ordered his reinstatement in the company and awarded damages in the amount of 334 000 Euro. This employee had alerted the compliance department of the bank of irregular practices and then, after his dismissal, the AMF (the French equivalent of the US SEC).

The Act establishes a delicate balance between the protection of whistleblowers and their duties to third parties:

–    If a third party obstructs the alert, he may be prosecuted on the ground of the offense of obstruction (sanctions up to one year in jail and € 15,000 fine);
–    If a third party is targeted by an inaccurate or false report that could harm him, the whistleblower could be prosecuted for defamation (civil fine: € 30 000).
– Anyone disclosing confidential information about the identity of the whistleblower, the persons targeted by him and information gathered by all the recipients of the alert may be subject to prosecution (sanctions up to two years in jail and € 30,000 fine).

As mentioned earlier, whether these protections are actually applied will determine whether the Act is viewed seriously or not.

Reporting procedure and the protection of the whistleblower.

The protection of the whistleblower is based on several conditions:

–  Being not only a natural person but exclusively one of the “members of their staff or the external and casual workers” of the company,

– Acting in good faith,
–  A selfless motivation,
–   The disclosure or allegation of a crime or offense or of a “serious threat or harm to the public interest” (e.g. environmental, public health or public safety),
–  Having a personal knowledge of the reported facts or threats,
–  Compliance with the step-by-step legal requirements for alert reporting (these will generally be detailed  in the organisation’s Code of Conduct).

The first requirement concerns the status of employee of the company or of “outside and casual worker“, concept otherwise very vague. Thus, an outsider(classic example of the journalist) will not be able to claim the status of whistleblower.

The Constitutional Council, in its Decision No. 2016-741 DC of 8 December 2016, expressly confirmed in Recital No. 7 that “the legislator intended to limit the scope of Article 8 to whistleblowers reporting about the organization which employs them or the one with which they collaborate in a professional context. “

It will be up to the administrative or judicial judges to clarify the categories of “external and casual workers” eligible for the status of alert launcher, for example interim staff, contractors or staff seconded to the company. Will the staff of a subcontractor be eligible?

The requirement of good faith, which will be assessed ultimately by the courts, if required, was already explicit in the previous specific laws. In practice, good faith is very questionable if the whistleblower ‘s motive was to harm others or sought only a personal benefit, such as the abusive use of the alert mechanism to freeze an imminent disciplinary action or to defeat his dismissal for reasons unrelated to the alert.

The selfless or altruistic mindset of the whistleblower reflects the European cultural tradition where the whistleblower as a “good citizen” has a duty to report facts or threats that go against the public interests of the community or the organisation. This contrasts with the more Anglo-Saxon approach where there is also a strong reward element.

For example, in the United States, since the enactment of the Dodd-Frank Act in 2010, the SEC (Securities and Exchange Commission) may pay a reward of between 10% and 30% of the company’s recovered amounts [4]. Thus, the SEC has paid a total over USD 130 million over the last five years to whistleblowers. The SEC’s annual report for 2016 provides very enlightening data on the increasing number of alerts, their classification (for example, a violation of the FCPA – Foreign Corrupt Practices Act) and the location of whistleblowers in the United States and by country abroad [5].

However, French pragmatism prevails in relation to tax matters (the principle of “fiscal realism”). As an exception to the principle of no-reward for whistleblowers, the French legislator has agreed to officially remunerate informants about international tax evasion cases for a pilot period of two years from 1 January 2017 [6].  The tax informant does not however appear to enjoy the protective status of whistleblowers.

The alert may relate to facts which have already caused injury or a risk of damage to prevent, for example, fraud or damage to the environment.

The CNIL (French data privacy body) will have to update its recommendations and the regime of the single authorization relating to automatic processing of personal data implemented within the framework of ethic alerts.

The alert procedure must finally comply with the following staged escalation:

–   In the first stage, the whistleblower must contact his supervisor, direct or indirect, or the point of contact (“référent”) appointed by his employer (in the event of an ethics alert mechanism);

– in the second stage, in the absence of “due diligence […] within a reasonable time“, the whistleblower has the option of escalating to the administrative or judicial authority, the Defender of Rights (the “Défenseur des droits ») or the professional bodies;

–    As a last resort, the alert can be made public, i.e. communicated to the media by the whistleblower, if the alert has not been processed within three months.

As an exception to the required phased escalation, the alert may either be addressed to the persons referred to in the second stage or made public “in the event of serious and imminent danger or in the presence of a risk of irreversible damage” (Article 8 II of the Act).

TO BE CONTINUED: the next post  will focus on the required content of the program to prevent corruption under the Sapin 2 Act.

The author expresses strictly personal views and opinions which are not binding on the companies or organizations he represents or advises. You can reach him by e-mail at: iohanngrc@gmail.com

[2] It is a French independent administrative authority like an Ombudsman in charge of defending free of charge the rights of users of public services,  rights of children, victims of discrimination and victims or witnesses of breaches of security ethics by the security agents : http://www.defenseurdesdroits.fr/en

[3] There is no immunity where the facts reported relate to information subject to national defense secrecy classification or the professional secrecy of the doctor/patient privilege or the lawyer/client privilege.

[5] The number of alerts is high in Anglo-saxon culture’s countries (UK, Canada, Australia), in Mexico as well as in China and India. Only 3 alerts originate from France. For more details, please read : https://www.sec.gov/whistleblower/reportspubs/annual-reports/owb-annual-report-2016.pdf

[6] See the amendment to the Budget Act passed by the French National Assembly on the 7th of November 2016 : http://www.assemblee-nationale.fr/14/amendements/4061C/CION_TOUTE/CF275.pdf

2 thoughts on “Sapin 2 Act : the new whistleblowing framework in France-Part 2”