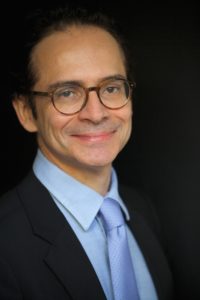 Iohann Le Frapper is an experienced general counsel & compliance leader who has worked in several highly regulated industries, in public companies with dual-listing as well as private companies in Europe, Asia and Middle-East.

He is also a member of the Advisory Board of Elevate Services, a US-based global law company as well as the vice-chair of the Paris-based ICC international commission on Corporate Responsibility & Anti-Corruption.

Iohann has a long-standing experience of multicultural teams’ management across several continents. He has a wealth of experience in corporate and commercial transactions and multi-jurisdictional compliance exposure across Europe, the Middle East, Africa, Asia-Pacific, and North America regions. He offers counsel on corporate governance, mergers and acquisitions, joint-ventures, ethics, responsible business conduct/ESG, risk management & compliance and dispute resolution/mediation, among other topics.

Iohann Le Frapper serves as Group General Counsel of Pierre Fabre SA, a French multinational pharmaceutical and cosmetics company with a global footprint, where he has been responsible for legal and intellectual property matters and has led the digital acceleration and transformation of a large team.

Iohann was the global Chair of the board of directors of the Association of Corporate Counsel in 2017 and the president of ACC Europe Chapter in 2011.

Iohann was previously general counsel of ChetWode, a fintech start-up based in France, and the chief legal officer and company secretary of Gulf Bridge International, a regional telecom services provider with its main offices in Qatar and the UAE.

He also worked at the holding company of Total, an oil & gas company, supporting corporate and finance projects mainly in Africa and Middle East.

Iohann started his career in private practice as an associate attorney at Hogan Lovells in Paris.

He is a co-author of the ICC Ethics and Compliance Training Handbook and he chaired and steered from its inception through its closing the Phase 2 of the RESIST (Resisting Extortion and Solicitation in International Transactions) training toolkit co-sponsored by ICC, WEF/PACI, UNGC and TI. He is a seasoned speaker and trainer on compliance and ethics matters.

Iohann was admitted to the Paris bar in 1993 and received his degrees from McGill University (L.L.M in Comparative Laws-Montreal) and University of Paris (D.E.A. in Business & Tax Laws).

He is also a member of the Cercle Montesquieu, a club of France-based general counsels.