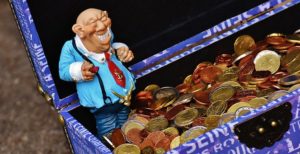 The background of the Sapin 2 Act.

More than two decades have passed since the first law known as “Sapin” (which is the name of the minister) on the prevention of corruption and the transparency of economic life and public procurement[1].
The law on transparency, the fight against corruption and the modernization of economic life, renamed “Loi Sapin 2” (the “Act”), was finally adopted on 8 November 2016 by the French parliament. The Act was only published in the French official gazette on December 10th 2016 due to its referral to the French Constitutional Court by the president of the Senate. The key anti-corruption provisions of the Act will come into force on June 1st 2017.

This Act reinforces the standards of transparency in the public and private sectors and therefore the ethics of both public officials and enterprises.

If, since 2000, France created the offense of bribery of foreign public officials to transpose the OECD Convention of 1997, no company was however subject to a final conviction in France over a period of 15 years[2]…

It is a paradox that several large French companies (Alcatel-Lucent, Alstom, Technip and Total) agreed to pay large fines to the US federal treasury in connection with settlements entered into with the US Department of Justice ( “deferred prosecution agreements” or “non-prosecution agreements”). It is worth noting that three out of four of these companies have in the meantime been acquired by or merged into other companies. One can hardly deny that corruption cases have a disruptive effect on the management and business operations of companies and their reputation.

Faced with the well-founded criticisms by international public and private organizations (e.g. OECD and Transparency International) on the poor enforcement of anticorruption laws in France and therefore the lack of credibility of France abroad, the public authorities could not stay idle and had to reinforce the effectiveness of anti-corruption laws, including being inspired by the settlement approach of US and UK laws.

A patchwork of major measures

The Act has been described by members of the French parliament as a “disparate patchwork of measures” or a “catch-all text”. It contains major reforms, including:

– In the corporate governance arena, shareholders finally have the right to approve the compensation terms and conditions for executives of listed companies (“’Say on Pay”), since self-regulation has shown its limits;

– “Lobbying” leads to the maintenance of a common digital register of lobbyists for a greater transparency on the influence in the elaboration of the public decisions, like the transparency register existing for the institutions of the European Union[3] ;

– The mandatory set-up of a whistleblowing system for any legal person, irrespective of the public or private sector, with at least 50 employees and a general  framework for the protection of whistleblowers;

– The creation of a national anti-corruption agency with a hybrid status, that has powers to  recommend, control and investigate, report to prosecutors, monitor enterprises and issue administrative sanctions;

– The requirement  for public and private legal entities ( medium-size and large enterprises) to set up a program to prevent and detect corruption.

– A regulatory framework facilitating loan and equity financing for SMEs and infrastructure projects by capital markets and various funds.

Which companies are affected by the mandatory requirement to set up a program to prevent corruption?

The obligation to set up an anti-corruption program is imposed on the private and state-owned sectors:

The obligation applies to any company (or any public institution with an industrial and commercial business “EPIC” ) that meets the following two cumulative criteria:
– Headcount of at least 500 employees, AND
– Annual turnover of more than 100 million Euro.

All subsidiaries and controlled entities of companies headquartered in France with a workforce of at least five hundred employees and a consolidated annual turnover of more than € 100 million are also affected.

This obligation to prevent corruption in France and overseas rests with the legal representatives of the companies falling within the scope of the law or for groups of companies, of the mother company.

According to the Government, some 1570 companies would be affected.

The administrations of the French state, local authorities, state-owned organisations and public utility associations are subject to the Act.

TO BE CONTINUED :
The next articles of the blog will review other provisions of the Sapin 2 Act, such as the required content of the anti-corruption program, the powers of the national anti-corruption agency, the whistleblowing system, new sanctions such as the compliance monitoring penalty and the “court settlement”.

The author expresses strictly personal views and opinions which are not binding on the companies or organizations he represents or advises. You can reach him by e-mail at: iohanngrc@gmail.com

[2] See the OECD working group statement in October 2014 : http://www.oecd.org/newsroom/statement-of-the-oecd-working-group-on-bribery-on-france-s-implementation-of-the-anti-bribery-convention.htm and the OECD report of December 2014 about « France : follow-up to the Phase 3 Report & Recommendations » : http://www.oecd.org/daf/anti-bribery/France-Phase-3-Written-Follow-up-ENG.pdf